Acer × freemanii, commonly called Freeman maple, is a hybrid of red maple (A. rubrum) and silver maple (A. saccharinum). The Freeman maple cultivars commonly sold in commerce today reportedly combine some of the best features of both parents, namely, solid structure, attractive form and showy fall color (from red maple) and adaptability and rapid growth (from silver maple). Oliver M. Freeman of the National Arboretum made the first controlled crosses between red maple and silver maple in 1933. Edward Murray named this hybrid cross in 1969 in honor of Oliver M. Freeman. Notwithstanding the foregoing, crosses between red and silver maples occur not only by controlled propagation but also naturally in the wild. It is sometimes difficult to identify a Freeman hybrid because of the complexity of crosses and backcrosses that may occur.

Cultivars are sometimes listed for sale by nurseries under Acer rubrum instead of Acer × freemanii.

Specific epithet and common name honors Oliver Freeman who first grew A. × freemaniat the U. S. National Arboretum in 1933.

‘Jeffersred’, sold under the trade name of Autumn Blaze Maple, is an older cultivar that was discovered by nurseryman Glenn Jeffers in the late 1960s. This is an upright, fast-growing, deciduous tree that will typically grow 40-55’ tall with ascending branching and a dense, broad-oval crown. Each medium green leaf is deeply cut with five pointed lobes. As the trade name suggests, the foliage turns into an autumn blaze of orange-red to scarlet-red fall color. Flowers and fruit for this hybrid are very sparse. 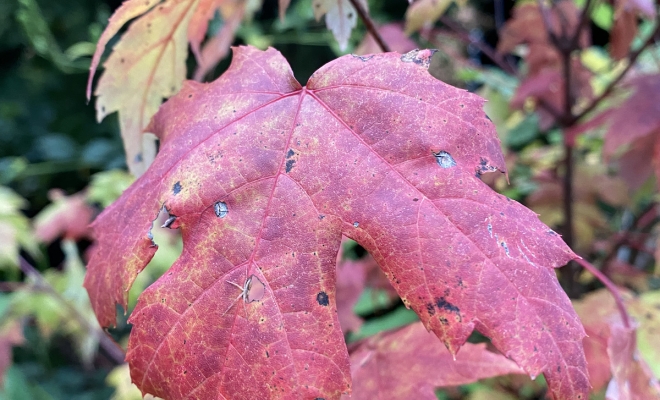 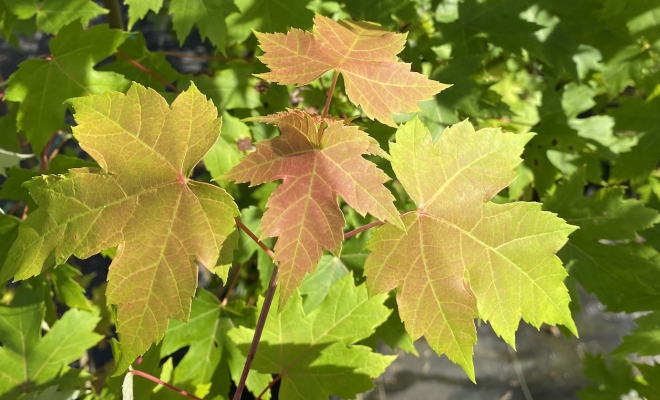