The genus name honors Johann Gottlieb Gleditsch (1714-1786), the director of the Botanical Garden, Berlin, while the species epithet comes from the Greek acantha meaning thorn and tri meaning three in reference to the three-branched thorns on species plants. (Courtesy of: Missouri Botanic Garden) 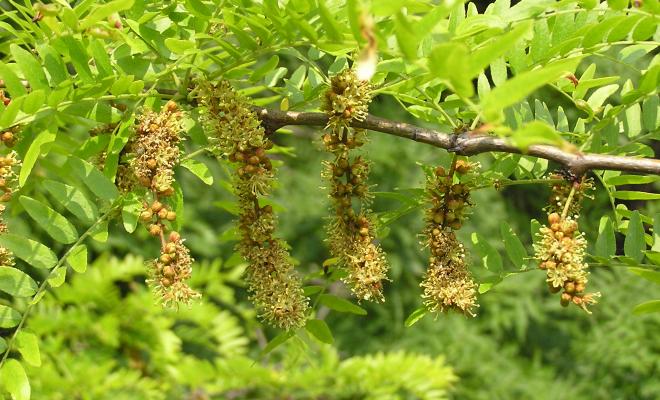