Magnolia virginiana is a deciduous or evergreen tree to 30 m tall, native to the eastern United States. Whether it is deciduous or evergreen depends on climate; it is evergreen in areas with milder winters in the south of its range, and is semi-evergreen or deciduous further north. The leaves are alternate, simple (not lobed or pinnate), with entire margins, 6-12 cm long, and 3-5 cm wide. The bark is green when young, becoming smooth and gray with age, with the inner bark mildly scented. The scent is reminiscent of the bay laurel spice.

The flowers are creamy white, 8-14 cm diameter, with 6-15 petal-like tepals. The flowers carry a very strong vanilla scent that can sometimes be noticed several hundred yards away. The fruit is a fused aggregate of follicles, 3-5 cm long, pinkish-red when mature, with the follicles splitting open to release the 1 cm long seeds. The seeds are black but covered by a thinly fleshy red coat, which is attractive to some fruit-eating birds that swallow the seeds, digest the red coating, and disperse the seeds in their droppings.

While the plant normally grows in wetter conditions, it will grow well in the garden, especially if given high shade.  It tolerates clay soils, but always benefits from an addition of organic matter to the soils around the root ball. 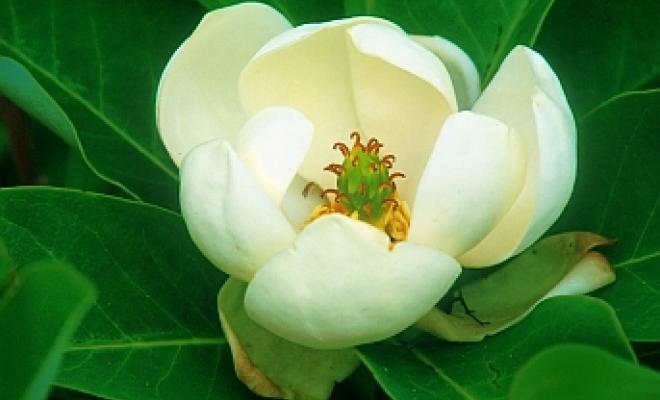 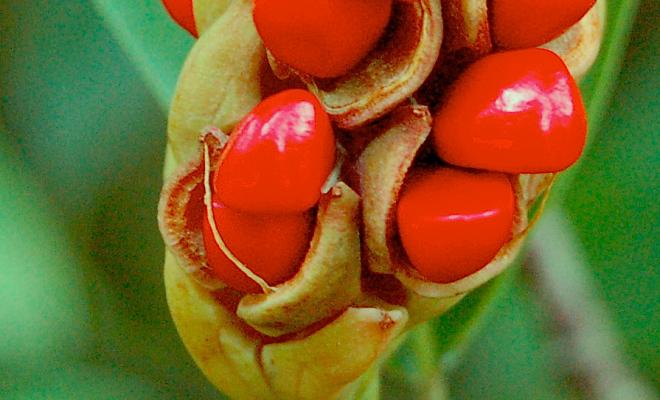