royal fern
Stately and Regal; fronds to over 4' tall and 2' broad
Price Code:
$15.00/gallon; some larger and priced accordingly
Status:
In Stock

Osmunda regalis, or royal fern, is deciduous fern, native to North America, Europe, Africa and Asia, growing in woodland bogs and on the banks of streams. The species is sometimes known as flowering fern due to the appearance of its fertile fronds.

The name Osmunda possibly derives from Osmunder, a Saxon name for the god Thor (Wikipedia). The name "royal fern" derives from its being one of our most elegant, largest and more imposing ferns.

An excellent fern for the moist garden, or emersion in shallow ponds, and, as its name implies, it is certainly regal in both size texture, color and habit.

In the eastern United States, this plant is given obligate status as a wetland indicator, which means that it occurs in wetlands, or saturated soils 99% of the time.  In many areas, O. regalis has become rare as a result of wetland drainage for agriculture and development. 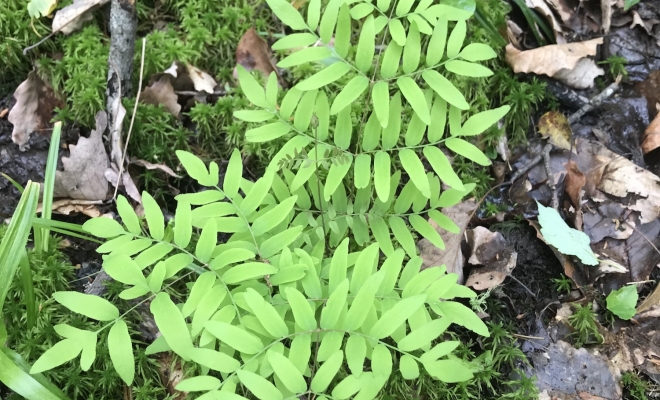