It is easily grown in average, dry to medium, well-drained soils in part shade to full shade. While tolerating a wide variety of soils, it prefers moist soils. We have seen it growing around rocky springs.

The genus name comes from the Greek name staphyle meaning a cluster from the arrangement of the flowers.

There are no serious insect or disease problems. 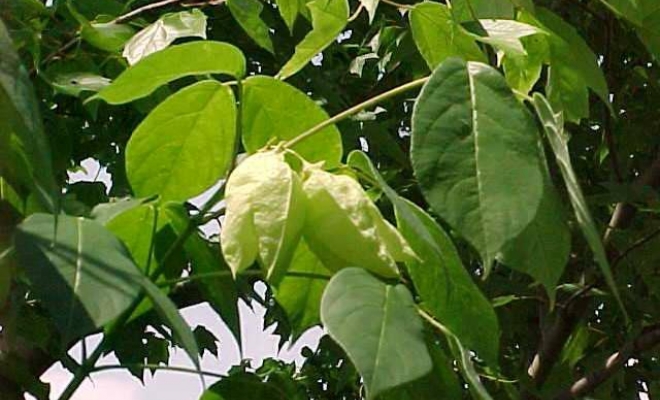